Our hearts gush over this Mid Century Modern home in Historic Collier Heights…a community deep with African American history filled with pride for the many professionals who helped established it during a time of struggle.

This 3bed 2bath home on a basement with double fireplace, 3 exterior patio areas and sunken livingroom is being released and on the hunt for a new owner to restore. 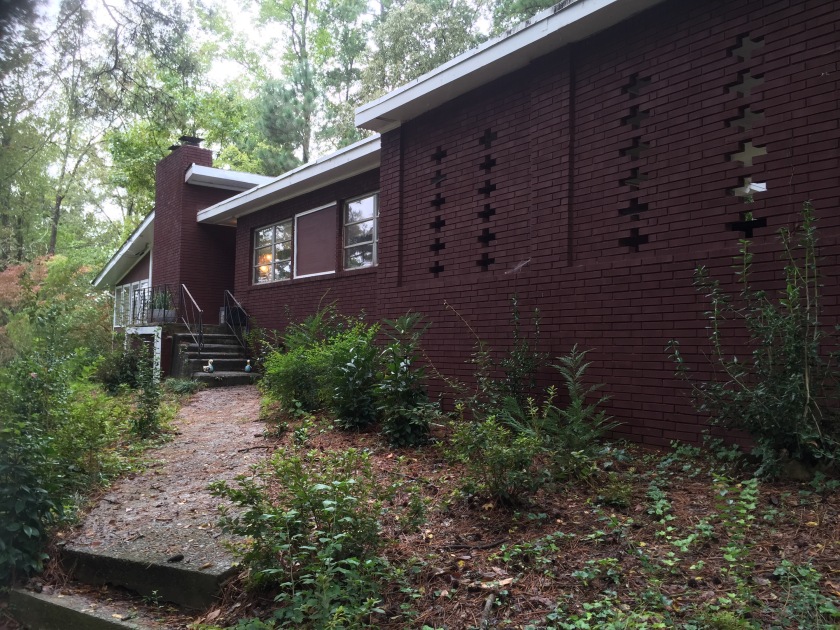 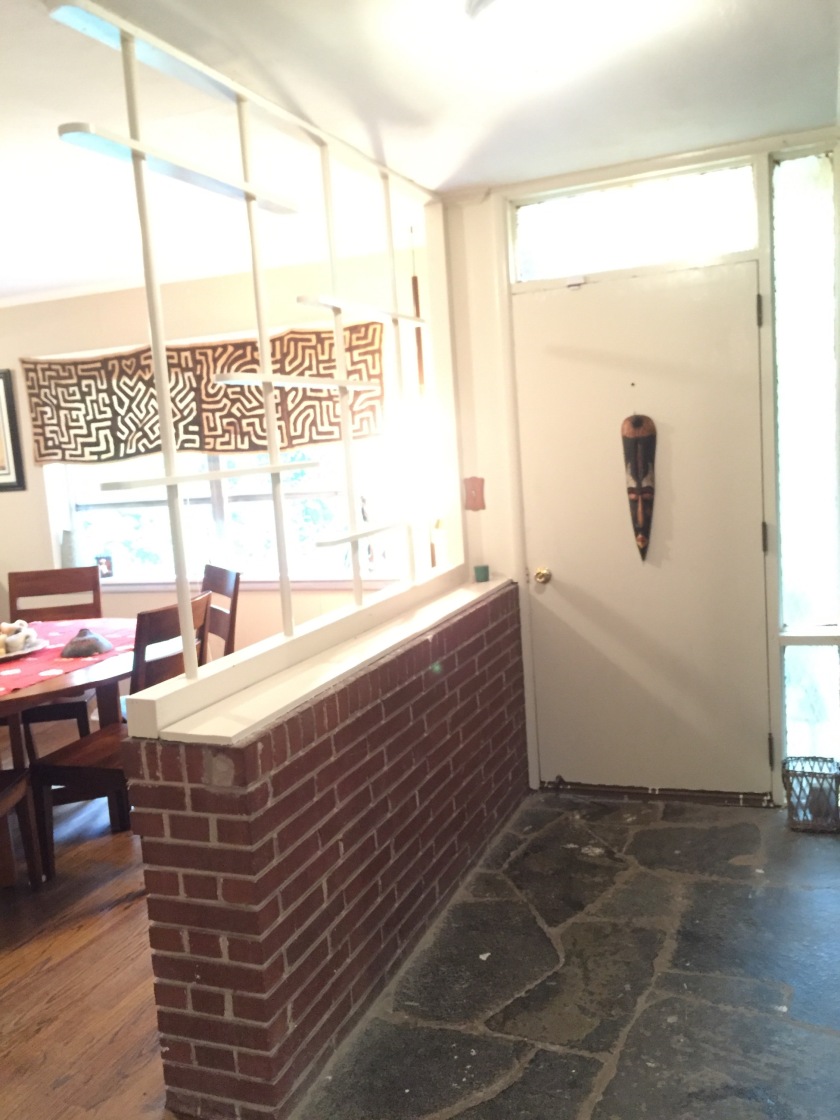 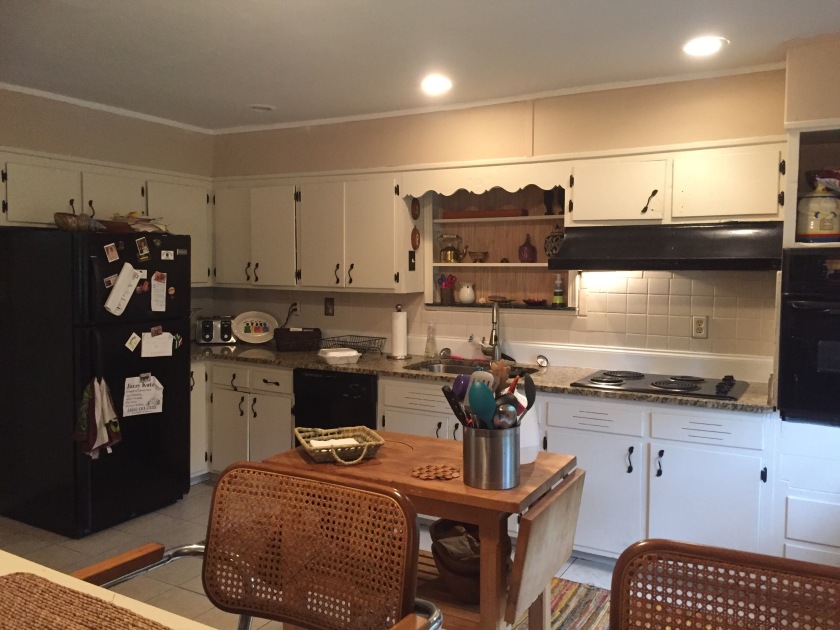 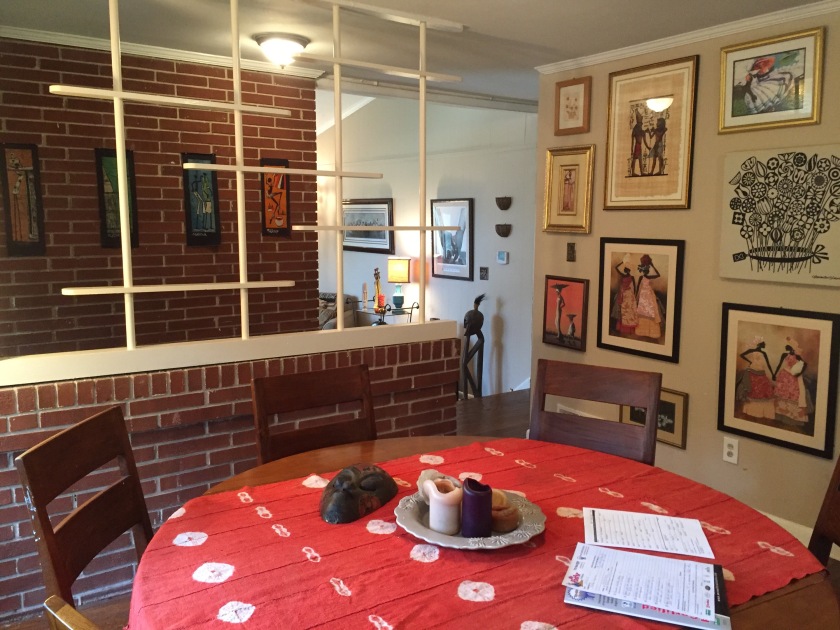 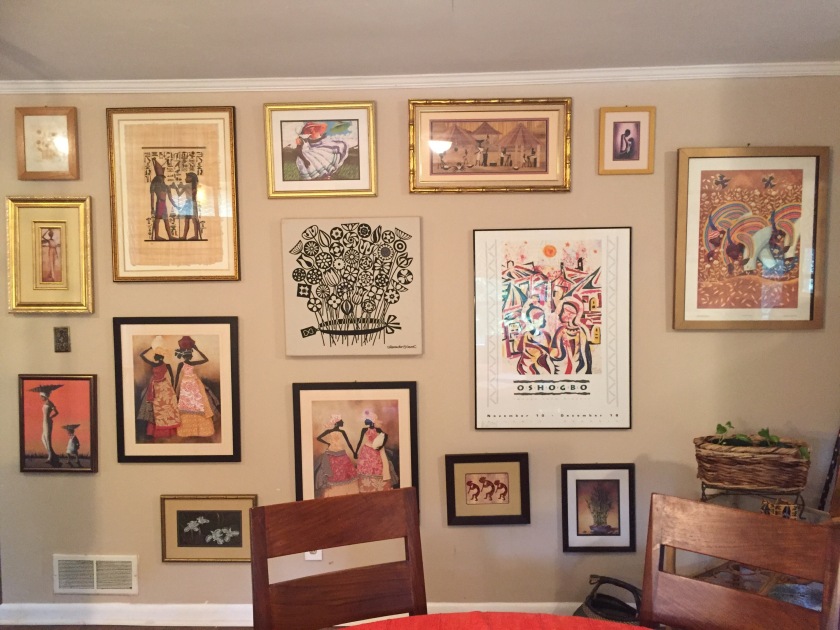 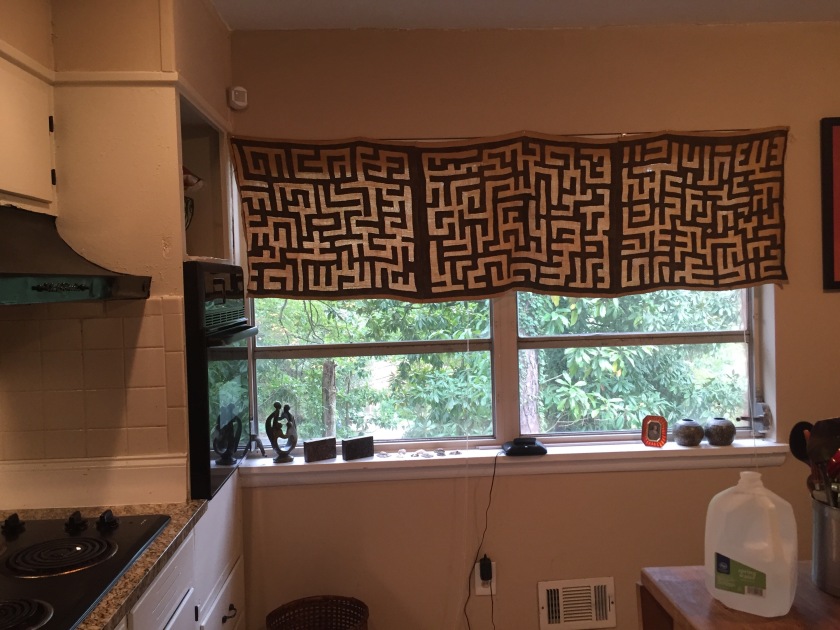 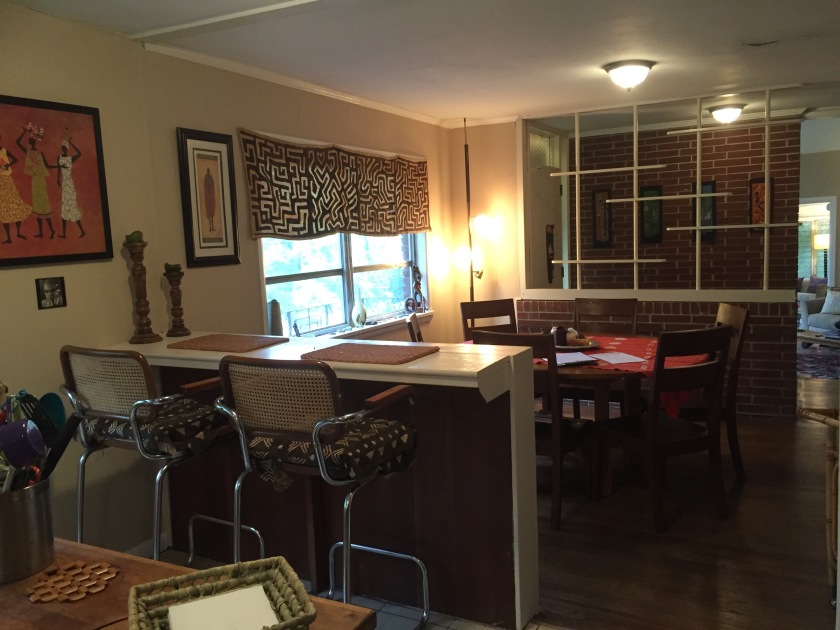 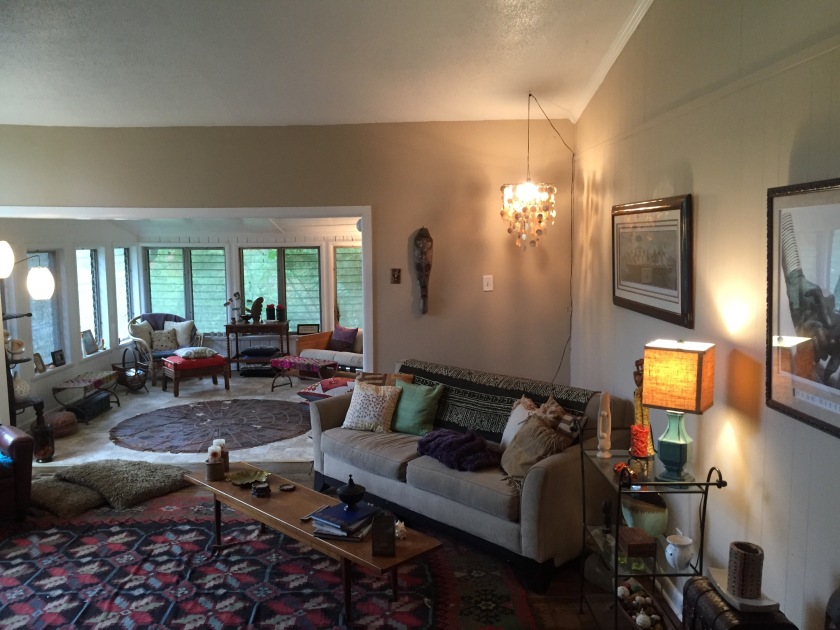 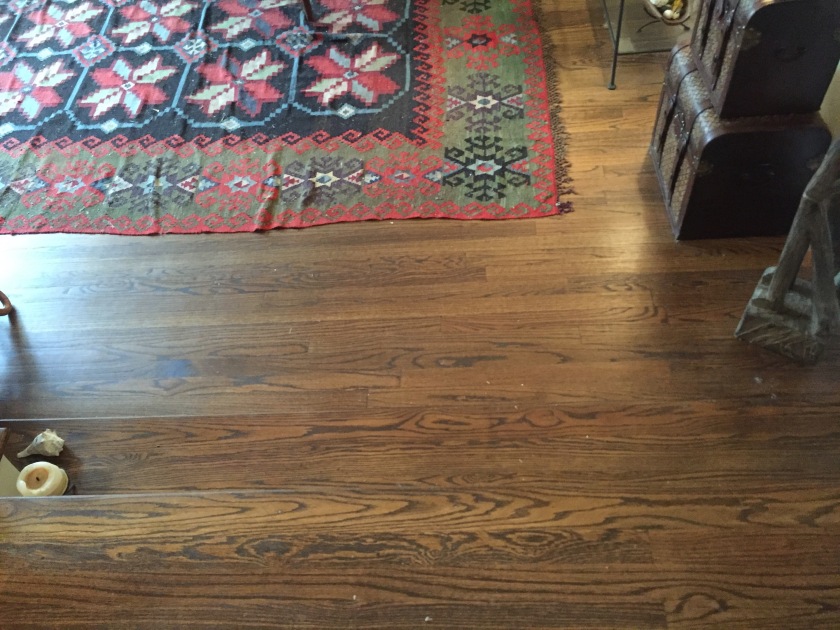 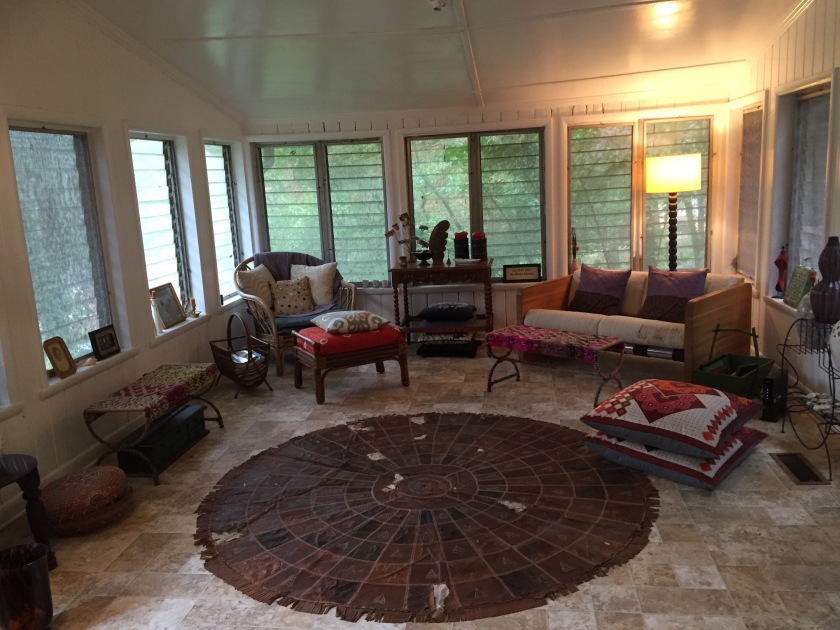 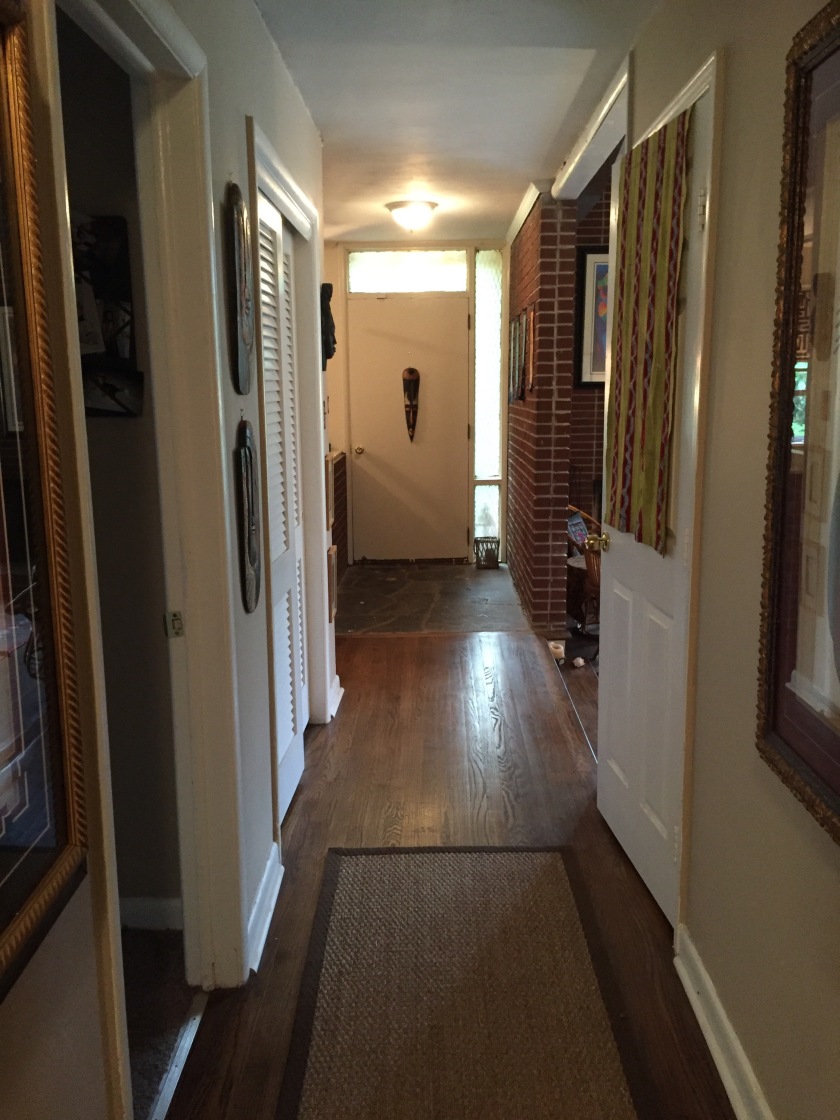 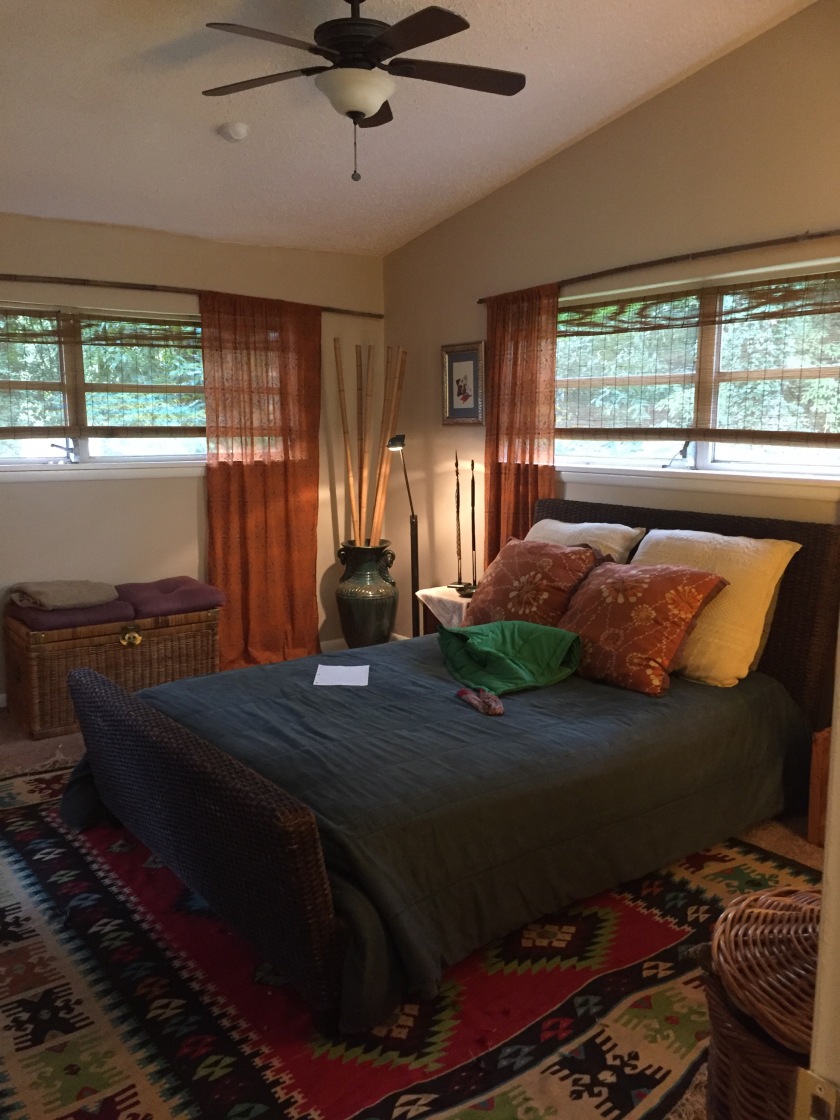 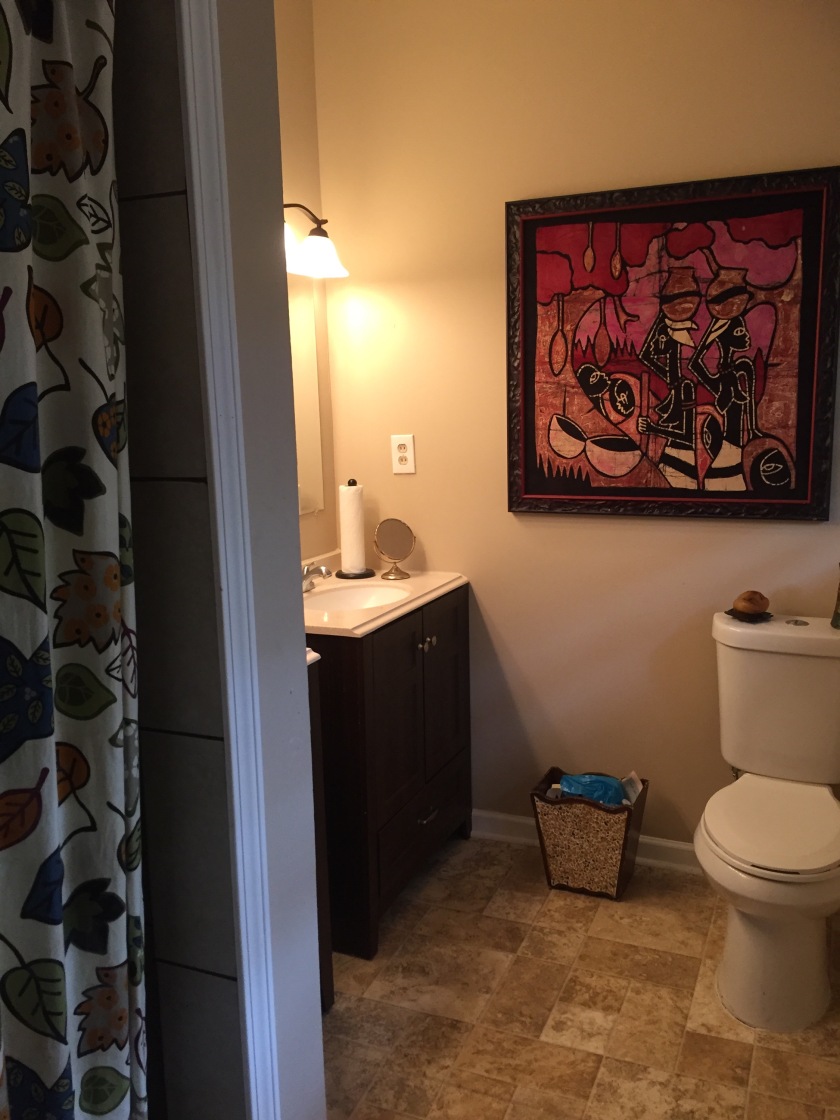 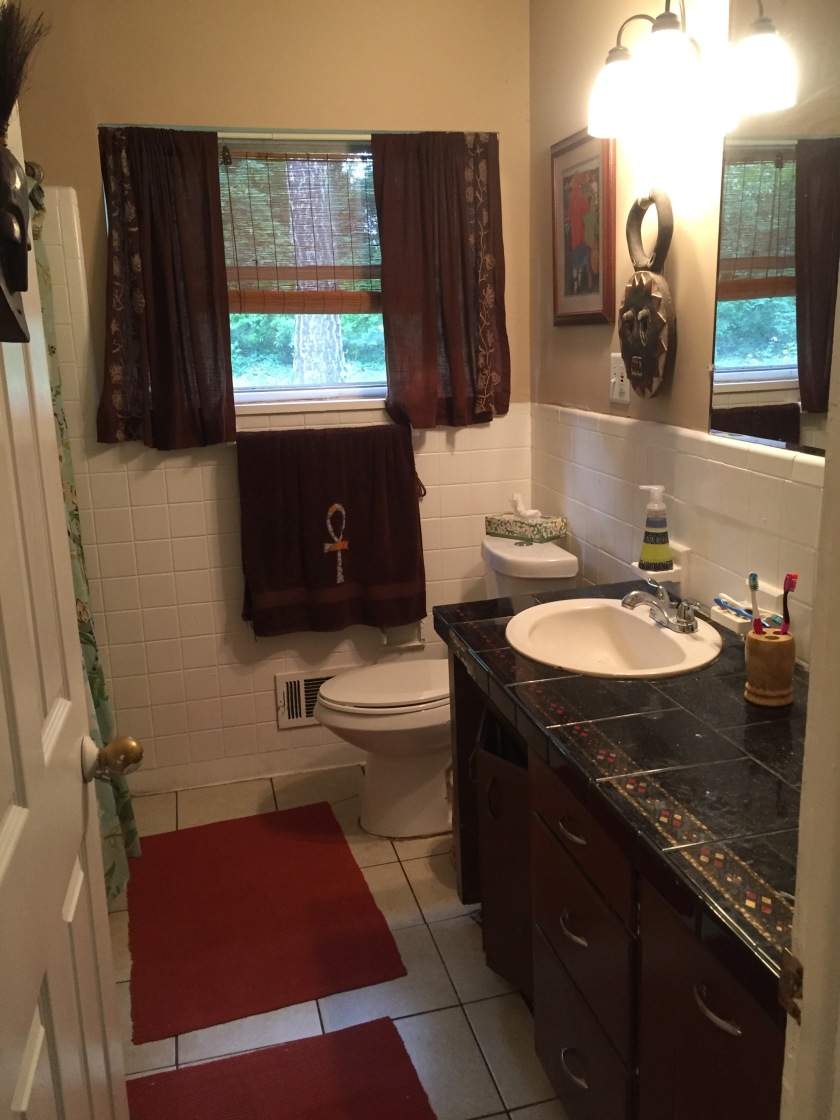 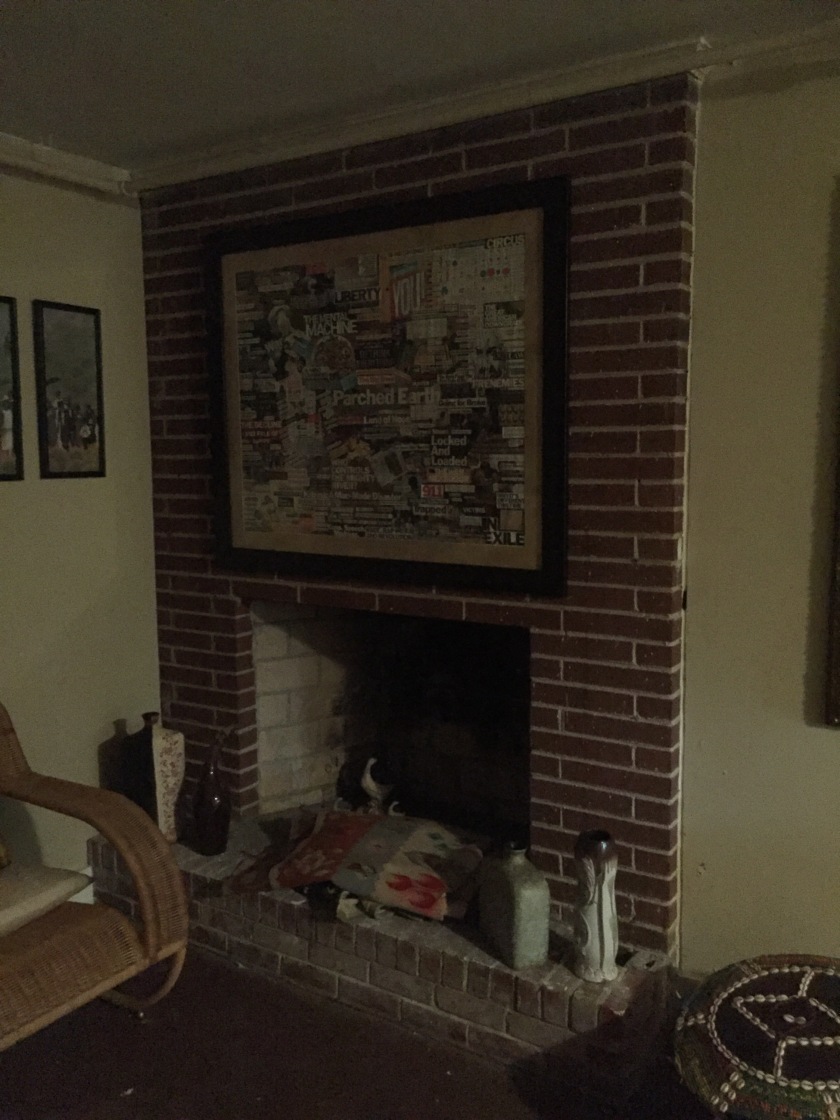 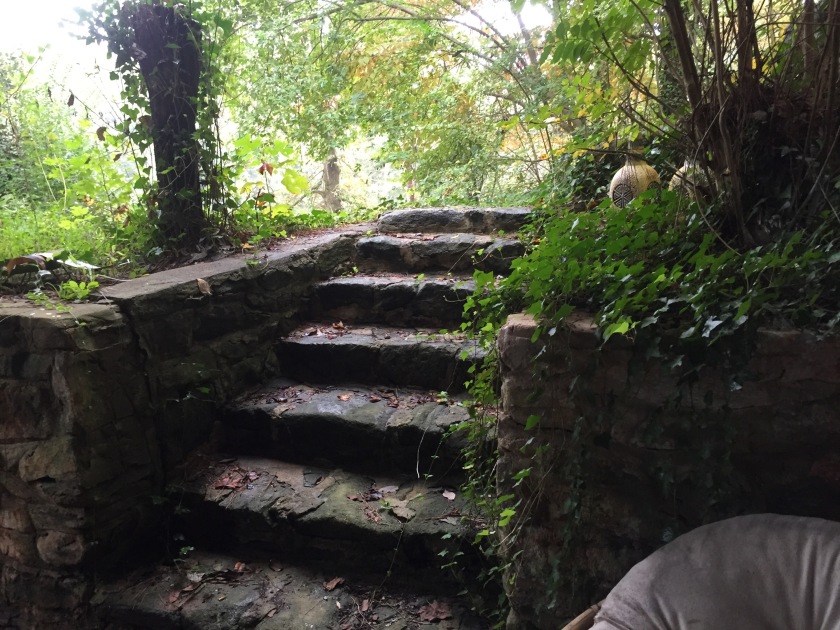 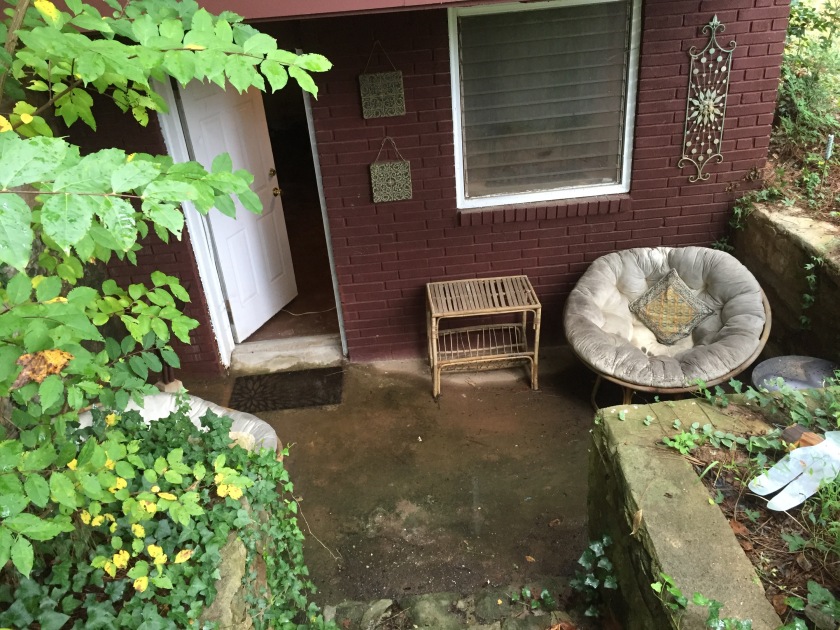 Read all about the history on their site: Howell Station Neighborhood Association .  This active neighborhood association also offers its members a “Rewards Card” to obtain discounts to many local businesses. What a way to keep the shopping locally!  *smart*

You can also see them on Facebook  meet your potential neighbors and read the latest community discussions.

I am enjoying the mixture of old and new homes, each with its own charm- and price tag! I’ve seen listings as low as $60K and as high as $325K.

Driving past Ashby Street train station will either leave you with a sense of “Hide your kids, Lock your doors”  or it can leave you a bit curious about how this great community appears to be blighted from their major corridor.  The park right besides the train would be welcoming to travelers- if you can excuse yourself to a seat besides the men/women sleeping on them.  But, not only am I guilty of not visiting this park in the past 3years, I’m also guilty of just driving by and shaking my head.  Historic Washington Park has a rich history that will inspire most; we just need to explore and find out more about it without  fear and ignoring the stereotype.

So here it is, information from my favorite source, Wiki:

Washington Park is a historically black neighborhood in northwest Atlanta encompassing historic residential, commercial, and community landmark buildings. It is situated two miles (3 km) west of the central business district of Atlanta. The combination of gridiron and curvilinear streets is a result of the neighborhood having been developed from four separate subdivision plats. One of these plats created Atlanta’s first planned black neighborhood, while the other three were abandoned by white developers and adopted by *Heman Perry, an early 20th-century black developer. Although Perry did not receive a formal education past the seventh grade, in 1913 he founded one of the largest black-owned companies in the United States, the Standard Life Insurance Company of Atlanta.

The collection of historic residences within the district consists of one- and two-story buildings built between 1919 and 1958 featuring exterior wood clapboard or brick veneer. These close-knit residences are fairly uniformly set back near the street-end of their narrow lots. The architectural types represented within the district include English and Georgian cottages, Georgian, American Foursquare, and the bungalow, the most commonly found type. The architectural styles found include Colonial Revival, English Vernacular, and Craftsman, which is the style most widely represented. There were few commercial buildings located within the Washington Park neighborhood, historically concentrated near the edges of the district at the crossroads of major streets, but many of these stores have been lost or altered. A c. 1930 gas station featuring an office block with a canopy remains, as well as a corner store with a large storefront window oriented towards the intersection. Community landmarks include the William A. Harris Memorial Hospital, the Ashby Street Theater, the Citizen Trust Company West Side Branch bank building, and the E.R. Carter Elementary School (formerly Ashby Street School)

One of the focal points of the historic district is the recreational park. Prior to the construction of Washington Park in 1919, there were no recreational parks in Atlanta available to African Americans. The park started with a gift of six and a half acres and expanded to 25 acres (100,000 m2) when completed in 1928. It originally included a swimming pool, dance hall, pavilions, and tennis courts. The Washington Park neighborhood has retained many of its landscape features; however, mass transportation projects, modern residential construction and subsidized housing development have caused the loss of some historic fabric.

Things to do here:Visit the Natatorium and Tennis Center 1125 Lena Street . I was  nicely surprised when visiting the Natatorium on Ollie Street a few years ago. It was amazing -clean (warm-as I can not take the cold) and empty.

Homes for sale here and near: Trulia (my website will be complete soon,then  bye-bye Trulia) 🙂

The leading black entrepreneur was Heman Edward Perry, who developed major black business enterprises in segregated Atlanta during the first quarter of the 20th century. Perry arrived in Atlanta in 1908 after learning the insurance business in New York. He perceived that there were great possibilities for insurance sales in the black community. Perry quickly began an effort to raise funds to finance his Standard Life Insurance Company, which was state-chartered in 1913. This company proved profitable and Perry began to expand into other commercial enterprises, which included banking, printing, and construction. Through these enterprises, Perry initiated a substantial part of the business foundation of the modern black community in Atlanta. Even his subsequent failures did not diminish his major impact in broadening black enterprise and pride in Atlanta 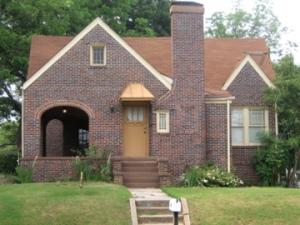 I never noticed this but I will be sure to check the next time I’m in Capitol View Manor. It is said this small community was named for its excellent view of the Georgia State Capitol building.

What I did notice, were all the like-kind brick Bungalows, Cape Cods and Victorians.  There is something about being next to homes similar in style (but not exactly alike) that appeal to me. I find it easier to determine values and desirability.(Maybe it’s also  just my personal hang up- consistency is key.)

……………..So, you mean the $29,000 home on Shannon Dr. was actually a $250,000 Virgina Highland and Morningside home?  Hummm.  I think if more people could actually understand this, and the value of a home- more owner occupants would be borrowing against or cashing in their 401K and  running to buy these gems in Southwest Atlanta.

For more information on the Capitol View Manor community, take a look at their facebook page HERE

Did you know:  There is a 102 year old home on Deckner?  It’s a landmark and the old Deckner Family house.  This is on my “to-do” list for the week, drive by and look for  this home, anyone know the address?

for many, is shopping day!   While the malls are over crowed and filled with grouchy stuffed people, I would opt for a more relaxed environment and head to the Westside Provisions.  If you like Modern Classics, the Westside is THE BEST location in Atlanta.

Westside Provisions is a mixed use neighborhood located in West Midtown Atlanta, anchored by a large Room& Board furniture store.   A deal sends many scurrying about from store to store not wanting to miss that item on their list, but when you want a break from the noise and pushing stop by Room& Board. I guarantee, your entire disposition will change (and wish list will increase).  The atmosphere is always serene and calm, almost forcing you to whisper.  I love this place and usually get great seasonal deals from the back “clearance section” (which is limited in product and not clearly identifiable) but it’s right near the rugs and pillows.  I know the items may seem a bit pricey but if you are a person who is buying for a lifetime (or potential future resale when you redecorate) these items hold value, their quality and craftmanship is for a lifetime and that  one item can add a bit of sophistication to any room.

Here’s a list of a few other great shops: